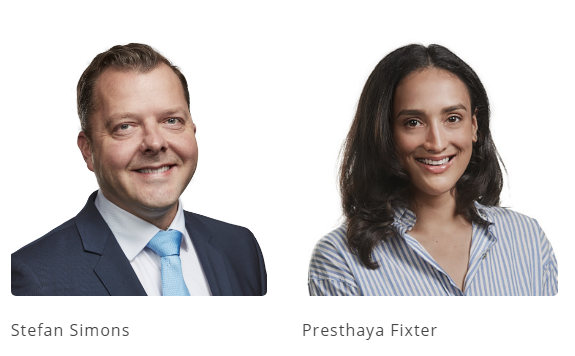 CFF Communications – Behind the Scenes #6

That was quite a half year!

Looming trade conflicts between the United States and other parts of the world dominated the headlines. Het Financieele Dagblad reported, however, that analysts believe the impact on H1 results for Dutch corporates will be minimal. Analysts are reportedly more concerned about the impact of currency effects and higher oil prices in the first half of 2018.

At CFF, we worked on great projects including the launch of Frasers Property Europe and the IPOs of NIBC and B&S. In this blog, we walk you through the highlights and tell you everything about the ever-growing importance of PR measurement and reputation management.

At CFF, we helped with the rebranding and integration into Frasers Property Europe through project management and communications advice. We assisted in the building of a European website, their newly designed stationary, a media plan including advertising, and an internal event to mark and celebrate the launch of Frasers Property Europe with all European staff.’’

March was a busy month at Euronext. CFF Communications supported both entrepreneurial bank NIBC and Fast Moving Consumer Goods distributor B&S during their listing. We helped our clients with all communication around the listing, from drafting press releases, rehearsing analyst presentations to organising internal awareness sessions and event management.

Both companies successfully listed on the 23rd of March. And believe it or not, this was not the first time we had two clients listing on the same day.

‘After three years of research including two field expeditions, extensive laboratory experiments and data analyses’, The Ocean Cleanup presented the results of its study on the Great Pacific Garbage Patch, which was found to be much bigger than expected. The alarming results were published in the peer-reviewed journal Scientific Reports and picked up by news outlets across the globe, including National Geographic.

After a series of successful tests, and support from the Dutch government, The Ocean Cleanup presented the final design of the world’s first cleanup system. Instead of having one massive cleanup system fixed to the seabed, it unveiled a plan to deploy a fleet of many smaller, free-floating systems. This video explains the technology:

Congrats to Amsterdam and a big shout out to Eindhoven and Rotterdam!

Amsterdam consolidated its Top 5 position as one of Europe’s most future-proof cities. Eindhoven and Rotterdam are among the biggest gainers, the Savills IM Dynamic Cities Index showed.

We worked with our colleagues from Citigate Dewe Rogerson in London to support Savills IM with the communication of their Dynamic Cities research paper (PDF).

Presthaya Fixter joined CFF from a communications agency in London, where she managed corporate clients in finance, energy and technology. She’s a native English speaker who spent her first couple of years in London managing media relations for Bank of America Merrill Lynch. Presthaya qualified as a solicitor in Australia and has experience in media and intellectual property law and will work as one of CFF’s senior consultants.

Stefan Simons worked at KPN in different roles including Director Media Relations. Before that, he worked as a journalist at Dow Jones Newswires, wrote for The Wall Street Journal, and was a production assistant for CBS News in Washington. Stefan will join CFF as a Director to support CFF’s clients with corporate and financial communications and reputation and issue management.

We also strengthened our team with Daan and Karin.

Daan Joosen will support our event management team. An experienced event manager, he most recently managed projects and events at Euronext Amsterdam. Karin Knoop will be our new face at the reception.

Welcome on board and enjoy the ride, Stefan, Presthaya, Daan and Karin!

For a large European bank, our media intelligence team has developed a strategy to measure the PR effectiveness of key stakeholders within the organisation. We measure and report on a number of qualitative and quantitative key performance indicators.

To develop our leading edge in media monitoring, analysis and measurement, we also attended the AMEC Global Summit in Barcelona this year. What are the latest innovations in the field of media measurement? Are AVEs still being used at all? And will human PR pros be replaced by AI technology at some point?

Our head of digital, Pim te Bokkel, wrapped up the six key takeaways (ENG) for you.

“Reputation is of key importance for private equity”

In a column for the Dutch M&A Community, our managing director Uneke Dekkers writes about the Private Equity Summit. She argues that no company can sustainably create long-term value without a strong reputation.

Even for private equity players, who often operate below the radar, a strong reputation is key when it comes to long-term value creation, Uneke writes.

Our consultants have used their corporate writing skills for a growing number of annual reports for Dutch corporates. We advised on and prepared the annual reports of clients including Holland Casino, Accell Group, Neways (PDF) and NIBC.