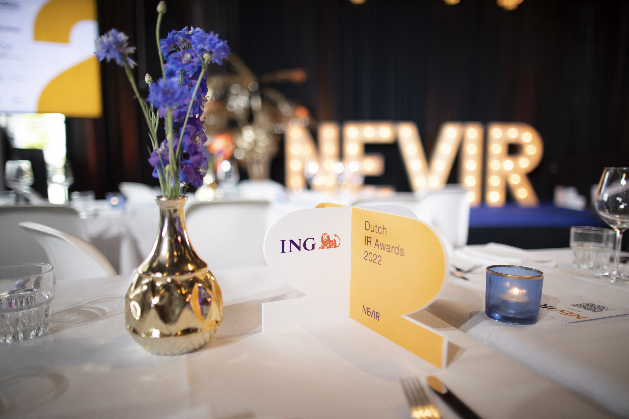 CFF Communications – Behind the Scenes #14

As we near the H1 earnings season, almost ready for a much-deserved annual leave, it feels like we would need binoculars to look back and see the first months of this year. So much has happened:  the elections for the municipal councils in the Netherlands, the installation of the new Dutch government, the end of the Covid-19 lockdowns, supply chain disruptions and going back to the office… On top of all that, the war in Ukraine is sending shockwaves through the global economy and impacting human lives in a way we have not seen in decades.

Meanwhile, the public arena is polarizing. This creates new challenges for businesses. As distrust is growing, there is more room for misunderstandings and conflict. Opening up – by being transparent on the one hand, and by adopting a listening attitude on the other hand – is more important than ever, when it comes to having a meaningful dialogue with your stakeholders.

In the last months, we have applied our communications expertise to support restructuring programs, transactions, listing preparations, earnings publications, recruitment campaigns, public affairs issues and leadership changes. Although we are not at liberty to share everything we are involved in, we’d like to highlight a few of the projects we worked on in the first half of the year.

In this update, you’ll learn more about our support for Accell Group, the Techshare program, the NEVIR IR Awards, The Ocean Cleanup and more… ⤵️

Following the announcement in March that Eric Lagerwey had joined CFF Communications and now forms the management team with Geert Pielage and Uneke Dekkers, we are very happy to share that we have further strengthened our team with four new talented professionals since the start of this year.

We would like to thank you for your trust in the CFF Communications team. We wish you a successful earnings season and hope you all enjoy your summer holidays!

On behalf of the whole CFF Communications team,

Over the past months, we have been advising the Frisian bike manufacturer Accell Group around the public offer for the company. This offer, from a consortium led by KKR, was one of the biggest offers this year so far. The offer has now been completed and Accell is about to enter a new phase in its development. The new boost that this transaction provides is exciting. Now the company can further accelerate growth and launch green mobility innovations.

🤖 On the Techshare Campus in Lisbon

CFF Communications has been a partner in the Euronext Techshare program for years. In this program, tech companies that are considering an IPO participate in a number of workshops given by Euronext partners to educate them on all aspects of listed life.

In this program, CFF Communications sheds light on the typical communications challenges in a listing process and the need for a professional investor relations function following a listing.

In June, the end of the 7th edition was celebrated with the closing summer campus at Nova School of Business & Economics in Lisbon. More than 200 entrepreneurs, partners and Euronext representatives from 10 European countries joined the program. And according to our Managing Director Uneke Dekkers, it was “a very inspirational event!”

Our Brand and Event Managers, Hester Pijl, Jill Schouten and Maxime de Groot, organized this fifteenth edition, attended by 150 guests at B Building Amsterdam. Our guests said the evening was a great success. The winners of the awards were all very happy with their performance and sounded the gong at Euronext Amsterdam on Monday morning to open the trading week.

Besides the IR Awards, we are supporting the NEVIR throughout the year, with their both on- and offline events. The next event will take place on September 1, the NEVIR and ABN AMRO IR Summer BBQ. We’re looking forward to seeing you there!

🌊 New milestones for The Ocean Cleanup
At the start of the year, The Ocean Cleanup achieved proof of technology with System 002. This is a significant milestone for the team at The Ocean Cleanup. It marks the end of System 002’s development phase and shows that the design for harvesting plastic from ocean gyres is both effective and scalable.

But our Consultant Danilo Angela, who works on the account, selected more milestones for The Ocean Cleanup.

#TeamSeas, a fundraising campaign launched by YouTube content creators Mark Rober and MrBeast, for example, reached their objective of raising UDS 30 million to remove 30 million pounds of plastic and trash from the oceans, rivers, and beaches. The initiative pledged to donate half of these funds to The Ocean Cleanup to help the organization deploy and operate Interceptors around the world. At the beginning of the year, #TeamSeas announced it reached its goal of raising USD 30 million. The initiative is still live and has collected USD 32 million to date.

This Interceptor is deployed in Rio Motagua (the world’s most polluted river located in Guatemala) and will prevent the flow of plastics into the Caribbean Ocean. The project is still in the experimental phase, but a video depicting a test of the Trashfence attracted worldwide attention after it went viral on social media.

“Starting off from brand and reputation monitoring, our media intelligence team has evolved to cover global impact events, from the pandemic to the Russian invasion – always with a specific focus on the impact on the business and an analysis of the reactions of other companies.”

CFF Communications was founded in 1993 and has since become the leading financial and corporate communications agency in the Netherlands, with a team of almost 40 professionals. Armed with many years of experience, a diverse team of specialists and our international network, we offer custom-made advice and practical support. We combine expertise on all fronts: from media relations to financial PR and from public affairs to branding and media monitoring. This is how we realize the best long-term solution for every unique situation. >> read more