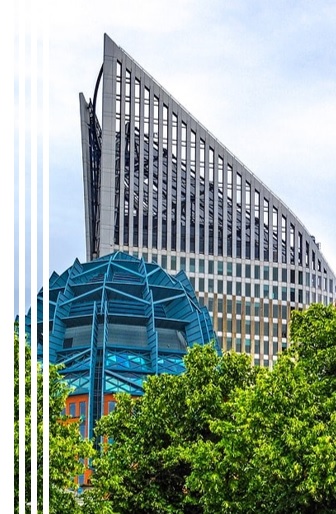 Preview: Try our Political Monitoring service on Budget Day in the Netherlands

Everything you need to know to be fully prepared for Prinsjesdag, the day when the Dutch government presents its plans and budget for 2020 – you’ll find it in our overview below. It’s an example of a new monitoring service we’ve developed, with our 15-strong team of media analysts, and Director Public Affairs, Jan Willem Blok: our political monitoring service. You can try it, for free, on Prinsjesdag.

Did you know that our Media Intelligence team now also supports your public affairs, issue management and corporate communications efforts with insights from the Dutch political landscape? Yes. We do. It’s new, and we are happy to share our insights with you.

On Tuesday, September 17, the Dutch government presents its budget for the new political year. Clients of CFF Communications directly benefit from the topline overview that our media intelligence team will prepare in the days around Budget Day.

Do you also want to be one of the selected business leaders to try this service, or do you need a detailed, premium analysis of the impact of the budget on your business, please get in touch with our Senior Media Analyst Teun Verhagen or Public Affairs Director Jan Willem Blok.

Preview: What can we expect on Prinsjesdag?

On the third Tuesday in September, Prinsjesdag, the Dutch government traditionally announces its plans and budget for the coming year. In the Hall of Knights in The Hague, King Willem-Alexander will read the speech from the Throne, kicking off the parliamentary year.

Later that day, Finance minister Wopke Hoekstra will present an overview of the costs of the plans announced in the King’s speech. He will visit the House of Representatives, with his ceremonial briefcase, and presents the National Budget and the Budget Memorandum. In the past years, it has become custom that many of the to-be-presented measures leak to the media before the official presentation.

The Golden Coach, owned by the Dutch royal family, is used every year to carry the Dutch King from Noordeinde Palace to the Ridderzaal, where he delivers the Speech from the Throne.

The following developments have been covered by the media:

These developments are being discussed in more detail below.

The newspaper refers to EUR 3 billion in lower burdens, and an investment fund to support long-term economic growth in the Netherlands.

The new law, which is planned to come into force in 2021, will only allow companies to use deductions from subsidiaries within the EU in which they have an interest of 25 percent or more. Even then, it will only be possible to use it for a maximum of three years. The news was also picked up by online media, including Reuters, NOS, NU.nl and RTLZ.

Rumours of a multi-billion-euro fund for economic growth

The Dutch government considers investing billions in a fund to safeguard economic growth in the long term, sources told De Telegraaf. According to the sources, the fund, which should be part of the annual budget, is intended for major investments in infrastructure and scientific research, for example. Although the size of the fund has not yet been agreed, rumours say up to EUR 50 billion could be invested in the fund. Investments, for example in artificial intelligence, should enable employees to become more productive and translate into GDP growth.

Investments in the short term will most likely focus on a number of major construction projects, NOS writes based on sources. Projects that are referred to include light-rail connections near major cities and extending the Amsterdam metro to Amsterdam Airport Schiphol. Speaking with newspaper Trouw, ABN AMRO’s head of the economic desk Sandra Phlippen said she does not expect the investments to have an impact on consumers in the short term. “Budget Day is often seen as a moment to shine with popular measures that boost purchasing power, however, that doesn’t seem to be the case with these measures.” Phlippen believes the funding will mainly be used for investments in artificial intelligence and climate.

De Telegraaf reported that the government plans to finance the fund via the capital markets and refers to the favourable low interest rates in this respect.

Two main points of focus in the 2020 budget are housing construction and reducing financial burdens. According to Het Financieele Dagblad, the coalition is virtually unanimous on EUR 2 billion in investments to solve ‘the housing market crisis’. Housing construction should get a boost from a fund of up to EUR 1 billion, with subsidies for local authorities, and EUR 1 billion in tax relief for housing corporations.

In addition, new entrants on the housing market might be exempted from paying property transfer tax, although this measure is being ‘tested’ on the practical feasibility. According to de Volkskrant, it is not likely that clarity will be provided before Budget Day.

Measures to boost purchasing power and the housing market, at the cost of businesses

The 2020 budget will also focus on boosting consumer spending through income tax relief and other cost-relaxing measures, RTLZ and NOS reported. It is expected that the additional costs associated with these measures will be (partly) paid by businesses in the Netherlands. They could see costs rise by about EUR 4 billion through cuts in the tax relief on innovation spending, lower tax deductions for freelancers and changes in plans for reducing the corporate tax rate. With the plans, the cabinet reneges on earlier plans for a considerable tax cut for businesses in the Netherlands.

The changes are expected to free up EUR 4 billion that can then be used to benefit middle-income families in the Netherlands, a promise made by ruling liberal party VVD before the summer.

Leading up to the presentation of the new government budget, RTL Nieuws reports that ‘sources within the Dutch government’ said that purchasing power is expected to increase roughly 2 percent next year.

BNR’s political commentator Laurens Boven puts the leak into perspective by stating that mainly positive effects and news that otherwise would not get much attention tend to leak to the press. (RTL Nieuws, BNR)

Do you also want to be one of the selected business leaders to try this service, or do you need a detailed, premium analysis of the impact of the budget on your business, please get in touch with our Senior Media Analyst Teun Verhagen or Public Affairs Director Jan Willem Blok.

At CFF Communications, we operate at the intersection of communications and business strategy. We believe that your unique challenge requires our fresh and considered approach.

As expert communicators with experience in a wide range of sectors, we deliver practical support, strategic guidance and measurable results.