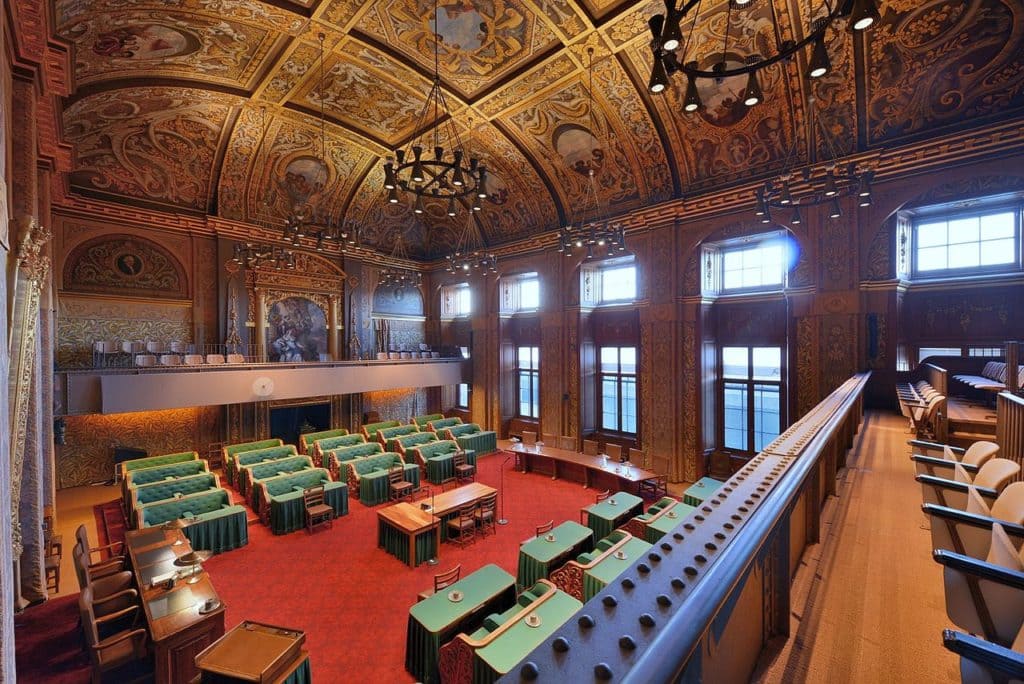 On Wednesday March 20, 2019, the regional elections in the Netherlands resulted in what the newspapers described as “a landslide victory” for national-conservative party FvD.

The Dutch electorate gave the current coalition government of VVD, CDA, D66 and ChristenUnie a profound battering by voting in favour of new and existing opposition parties. With the current result, the four coalition parties will obtain only 31 of the 75 seats in the Senate in May.

The big winners of Wednesday’s elections are green party GroenLinks and Thierry Baudet’s new opposition party Forum for Democracy (FvD). Dutch newspapers speak of a “landslide victory” for the national-conservative newcomer FvD. The latter will either be the largest or second-largest party to enter the Senate with around 12 seats, on par with government party VVD, which gained slightly less votes. Green party GroenLinks is set to double its number of seats in the Senate.

With the current result, the government will have to look for new Senate partners for the implementation or revision of legislation.

A survey by national broadcaster NOS showed that 11 percent of the voters indicated that tram attack in Utrecht on Monday, impacted their voting behaviour.

The impact on the Senate will materialize after the Christmas period, BNR political columnist Jaap Jansen explains: the new Senate will be installed shortly before the summer recess, and will be “on steam” after the presentation of the new government budget in September.

He also assesses that it’s unlikely that the coalition government will break due to its minority in the Senate, as the Netherlands has effectively been governed with Senate minorities since 2010.

We’ve recently expanded our proposition with Public Affairs by hiring Jan Willem Blok as Public Affairs Director. Jan Willem supports our clients with public affairs advice and represents their interests in The Hague and in Brussels.

With our new public affairs practice, and the strength of our media intelligence team, our clients are always up to speed with relevant developments in the political arena.