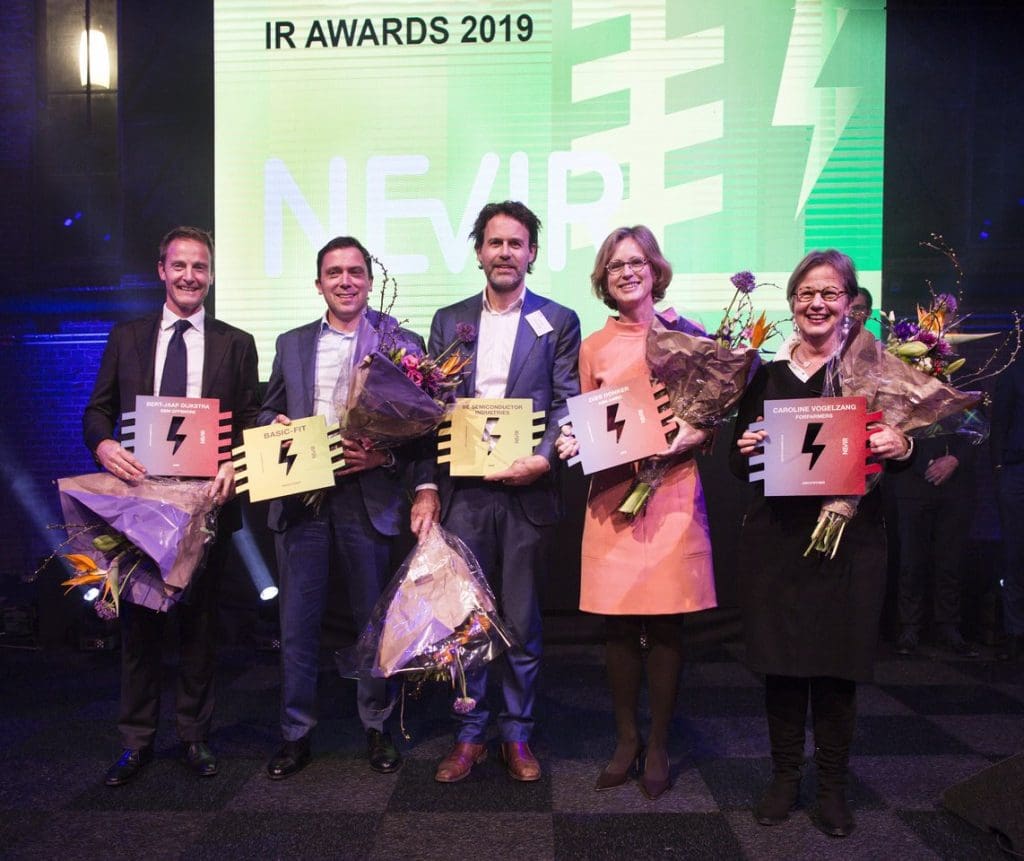 ASML, BESI and Basic-Fit winners of the Dutch IR Awards 2019

For the twelfth consecutive year, select Dutch listed companies and Investor Relations professionals had the opportunity to be acknowledged for their outstanding work in the sector. During the annual award ceremony, awards were given in the categories: ‘Best Company in the field of Investor Relations’ and ‘Best IR professional’.

The winners (and nominations) for each category are:

Corné van Zeijl, on behalf of the jury: “Topics that Investor Relations professionals are focusing on are getting more diverse and dynamic. At the same time, companies use an increasingly broad mix of communication tools. For this twelfth edition of the Dutch IR Awards, we looked again at the level of disclosure, the accessibility, the visibility of management and the willingness of management to engage. In the end, a clear vision, transparent reporting, and a continuous dialogue were the decisive factors in selecting winners.”