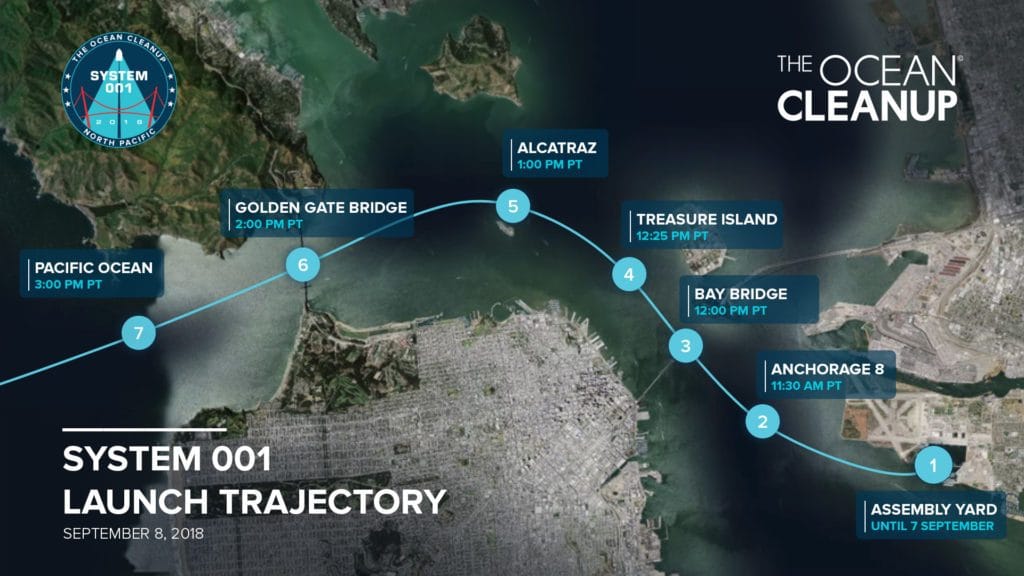 “If you’re going to San Francisco…”

Five years ago, a 19-year-old entered our office on the outskirts of Amsterdam with some big ideas. What began as a profile paper, took shape as a TEDx Talk, and then developed into a fully-fledged business plan, all before winter ended in 2013. Boyan Slat’s plan inspired us – but it still lacked the public attention needed to ensure its success. At the beginning of 2014, The Ocean Cleanup is no more than a website stating that media requests would not be discussed until the results of a feasibility study were available. But for those closer to the project, a great story was looking to set the right tone.

To promote the story, we advised Boyan to choose familiar ground. Building on the success of the TEDx Talk in the city where it all started: Delft. Boyan convinced us that it would be bigger than that: Cleaning up the oceans deserves the biggest stage possible. Six months later, in June 2014, the rollout of a global PR campaign started. From Broadway, New York, we announced the results of a year’s worth of research: The Ocean Cleanup is feasible and searching for funding. The support was overwhelming and the news had now reached the world. With donations from 66 countries, 2.2 million dollars was collected in the first hundred days.

The idea, that was first drawn on a napkin during one of Boyan’s holidays, now had the means to become a reality. Recognition that his plan could work was not only evidenced by the influx of donations – Boyan received the Champions of the Earth award from the United Nations Environment Program in November 2014. And less than a month later, Claire and Vivian receive the European Excellence Award for best PR campaign in the Ecology & Environment category on behalf of CFF Communications.

In the years that followed, The Ocean Cleanup really took flight. In 2015, we announced the Mega Expedition, the largest ever research expedition into plastic pollution in the ocean. We also got noticed for the Aerial Expedition, the first real prototype built, which was based in the North Sea. Years of dedication to the plastic problem made The Ocean Cleanup a project with true international star-power. Through major broadcasters like the BBC and CNN, along with consistent support on social media, the story had reached living rooms across the world.

Now, almost 5 years after Boyan presented his plan to us, The Ocean Cleanup’s goal will be realised. The first cleaning system is being brought to the open sea and while we have yet to see the impact of this technology in action, today we celebrate a great success. In his 2012 TEDx Talk, Boyan argued that cleaning up plastic waste is only part of the solution. Pollution is everyone’s concern and we need to improve public and industry awareness to achieve any real results.

The Ocean Cleanup has contributed to raising plastic pollution on the political agenda. Today, recycling is seen as a duty, and multinationals are taking steps to make citizens more responsible for their waste and encourage people to proactively seek to reduce plastic use. The Ocean Cleanup proves that no problem is too big to tackle. It has shown us that an idea from a high school student can set world leaders on a path we hope will lead to a world-wide solution.

We are extremely proud to be the PR agency privileged to contribute to the success of this special mission. But we are not there yet and the launch of System 001 this weekend is only the first step towards a cleaner ocean.

Watch the launch of System 001 in San Francisco on Saturday 8 September live. Click here to follow the livestream.